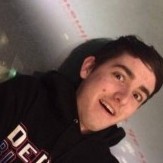 Got a distant picture at Adams/Wabash for ya:

A friend gave me a few shots of #5000's with Orange, Brown and Blue line destinations. You can compare them with the #3200's and see how they look. (FYI, I mislabled the orange loop that should be bro